Since the first half of 2015, the multi-language school chains have been falling down in quick succession. The latest chain to suddenly go out of business (on August 1st, it appears), was Dunia Bahasa.

Dunia Bahasa first appeared little over a year ago, and before its sudden ‘bankruptcy’ it had 6 branches. These ranged from Paris Von Java in Bandung to Serpong to the west of Jakarta and Citraland Surabaya, a large mall in Indonesia’s second city.

Like all the other failed language chains of recent months, it had rented premises in upmarket locations as part of the scam. The expensive premises made people think that they had a serious amount of capital behind them and could be trusted. Sadly, this was just a clever ruse and Dunia Bahasa is now defunct.

The collapse of Dunia Bahasa has attracted national attention, with at least two reports appearing in Kompas, a major national daily. According to one report, there were 470 people defrauded of student payments at Dunia Bahasa Serpong one, which was but one of six branches. The total amount of money stolen was Rp 2.5 billion rupiah, which includes student payments made for classes which were not held, as well as unpaid teacher wages.

Official complaints have been made to the police and DIKNAS, the Education Ministry, but if the earlier cases are anything to go by, neither of these fine institutions will do anything. When Global Bahasa collapsed in similar circumstances a couple of months back, they released the owner, a man known as Riswanda, citing ”lack of evidence”. This was in spite of the fact that more than 40 defrauded parents presented evidence of student payments for classes that had never been held.

The owners of Dunia Bahasa, Marcel Staal and Jenty Lim, are reported to have fled to The Netherlands with their ill-gotten gains. Perhaps it might be worthwhile contacting authorities there. They may be much less dismissive than the Indonesian police or Education Department, who clearly couldn’t care less about Indonesian students. 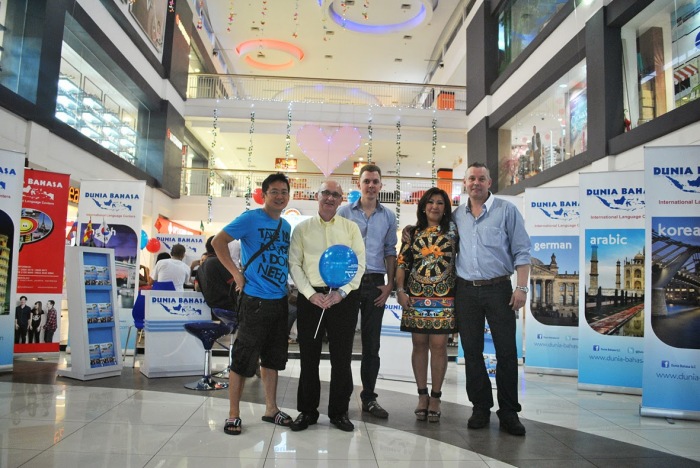