Tell me the background of your decision to research Luke Preece’s background with TBI.

In late November 2011 Luke Preece forged Cam’s resignation as manager of TBI Kuningan and installed Eny as his replacement the next morning. Luke had warned Cam that he was in danger of being deported due to the threats of a deranged customer, Tante Vera, who had powerful friends in Immigration. Luke Preece had told Cam not to come into work that day, and then he had staged his little coup. The following day Preece had said that he “couldn’t remember” telling Cam that he was in danger of deportation. This was a ‘Eureka’ moment. That was when Cam realized that Luke Preece was a pathological liar who had staged the whole incident. People do not ‘forget’ that one of their supposed friends was threatened with deportation the day before. Luke had slipped by making a totally unbelievable lie.

What did you do?

I called Jodi Shiek in Bandung. I remembered that she had been furious with Luke over Scott Martin’s appointment as School Manager of Jalan Jawa. Luke Preece had persuaded us that Scott was the only applicant for that position, but that story didn’t seem to tee with Jodi’s angry reaction. I thought that if Luke would rig Cam’s resignation, then maybe he had rigged his best friend’s appointment as the School Manager of Jalan Jawa, TBI’s largest school. This was early days but the first pieces of the puzzle were falling into place.

What did Jodi Shiek tell you?

She was very reluctant to engage with me at first. She spoke in general terms. She said that it was true that there had been a lot of people who were unhappy about Scott Martin’s appointment but eighteen months had passed and she didn’t want to reopen old wounds.

How did you respond?

I told her that Luke had told numerous lies to us in the previous 24 hours. He had said that Mariam was on holiday in Singapore when really she hadn’t left yet. He said that Tante Vera had threatened to get Cam deported and then claimed to have forgotten ever saying it the next day. He had installed Eny as school manager without any interview at all. I told her that I thought that Luke Preece was a scoundrel and a rogue who had spent the last 2 years lying to Cam. I asked if she trusted Luke Preece.

How did she respond?

She said she didn’t want to ruin people’s careers.

What did you say?

I said that it seemed that Luke Preece was already ruining careers and it was too late to stop that now.

How did Jodi respond?

She admitted to me that TBI Jawa had been in turmoil for weeks after Scott Martin was appointed school manager. She said that one woman known by the nickname of Tika, who was now the School Manager of TBI Depok, had been particularly angry and upset. I realized that she had given me a tip about where to get more information. It was already after 6pm by that point. I decided to call Tika at TBI Depok the following day. 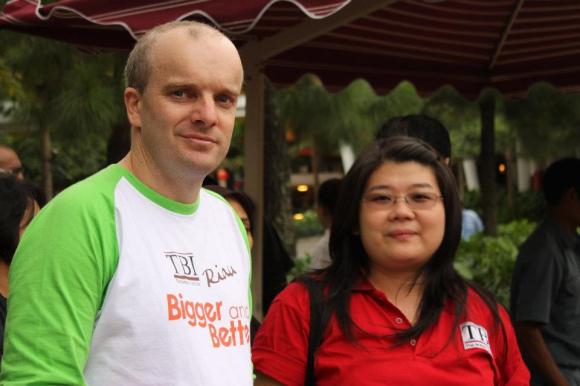