TBI 30th Anniversary Party posted on Thursday 20th of February 2014
Let’s Celebrate TBI’s Birthdays Custom Party on Wednesday 26th February 2014 at 15:30 pm
Found this latest piece of “English” on the TBI Kelapa Gading website a few days ago. What exactly is a “custom” party? We warned people a little while ago that TBI KG’s new manager, Anita Pasaribu, was a Pre-Intermediate level English student and completely inadequate to  the task of running a language school. Here is further proof. Not only can’t she spell the word ‘costume’, she appears incapable of using an English dictionary or even a spell-check.
While we are at it, why is the word “birthdays” plural? I would have thought that TBI had only one birthday party per year, like any other person or company. Now from a company that boasts of its ‘academic ethos’, this is simply not good enough. Yet it is sadly typical. At least, judging from their photos, they managed to drag a dozen parents to an event. It’s a meager number but much more than they got in 2012 and 2013 when Nunu (Ashley Platts’s pick) was in charge and the Indonesian staff were famous for doing almost no work besides discussing what model of BlackBerry they wanted to buy next. Look for the silver lining and all. 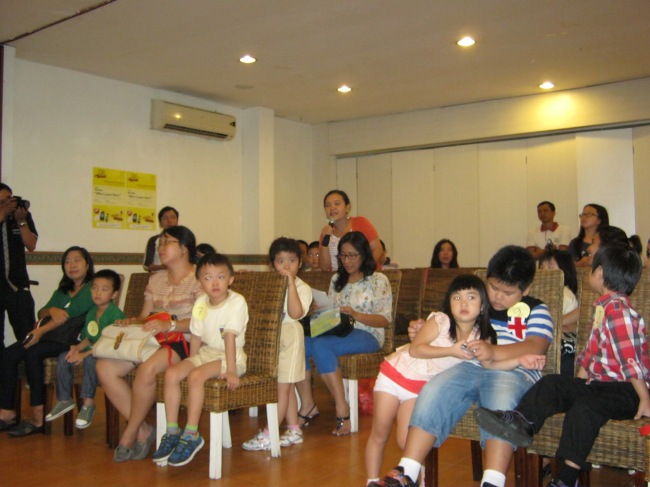