The Marketing Department of TBI was long under the control of Ibu Mariam, which is why it is such a disaster. It is almost an in-joke with local staff in TBI that Ibu Mariam is such an incompetent manager that anyone who is ‘promoted’ to work with her will soon end up leaving the company. Erratic and unprofessional, she never follows up on anything and when problems arise as a result of her own incompetence, she bullies and intimidates her staff and blames them. It is typical for demands to be made at the last minute in shrill tones because nothing has been planned in advance.

A good example was the abysmal 2012 Imlek (Chinese New Year) promotion. The promotional materials were sent out on the final work day before the holiday at about 3 pm in the afternoon. I wrote an email to Lilies Agustin, the Marketing Manager (and Luke’s self-professed former lover) to complain about these ridiculously but typically late materials. I asked how we could possibly put up Imlek decorations, run competitions or photocopy materials on the last day before the holiday. It was like beginning your Christmas campaign at 3 pm on the 24th of December!

This was Lilies’s reply: “Again I have to apologize for this our marketing support staff was new during that time, I understand that this is not an excuse. We will make sure that for the next time all the marketing tools will be sended at least 3 weeks before the actual programmes.”

At least she wrote it herself, I suppose. No Native Speaker thinks that the past tense form of “send” is “sended”. It must have really hurt her to have to do so much work for a change. But I digress. Back to the failed Imlek promotion.The only reason that Lilies apologized was because I  cced the owners to my email. Usually, Head Office shows no humility or willingness to admit mistakes. The email is also interesting in that it shows how Head Office is constantly wracked by staff churn. (“Our staff was new during that time”).This is because it is such a difficult, unstructured and unsupportive place to work. Most people who report to that narcissistic bully, Ibu Mariam, end up resigning. So here we have a woman who bonked Luke Preece into a job screwing up Chinese New Year 2012 and then blaming her subordinate staff. Sounds like TBI Head Office cronyism and incompetence in a nutshell.

But incompetence is one thing. TBI Marketing has also been guilty of serial dishonesty. A good example of this was their 2010 scheme to try and charge every Franchise school a fee of Rp 25.000.000 for ‘marketing activities’. They then sent out copies of these ‘marketing campaigns’ and used this as evidence of what they were spending revenue from franchise schools on. There was only one problem; they were covering up the truth!

Cam knew the truth. Teachers from TBI Kuningan were being used on a barter basis to get this advertsing for free. For example TBI Kuningan teachers were being used to give classes to Focus Media Indonesia, Tempo Magazine and Airport TV. These ‘advertising campaigns’ did not cost a cent but money was sought to cover these ‘marketing expenses’ from franchise schools. TBI Head Office was asking franchise owners for money to pay for marketing campaigns that cost nothing, being done on a barter basis. TBI was lying to its own franchise owners and trying to fleece them. Again. As usual, deception, cover ups and dishonesty about money were the real TBI way. TBI Head Office is both incompetent and corrupt- no wonder they haven’t conned  a new franchisee in years. That new franchise schools have opened reflects the fact that TBI is corrupt to the core and people now know it. 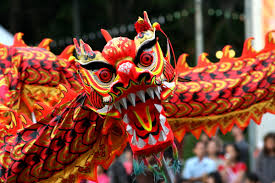 The wrath of Preece’s “bit on the side” / dragon lady