None of the following can appear on the blog while I’m in Indonesia, as it will probably point to me as the leak.

The Tarbak contract is being renegotiated. It was discussed at a teacher’s meeting (with the smallest turnout ever) but a lot of that was *******************. There was talk about it being less that 100% native, but I don’t know if that will come to pass. I don’t think there is as much of a problem with Aloysius. But Tarbak is definitely the school that every native teacher hates going to, but has to. It’s just the really awful schedules. Ratna, who is basically school manager, (since who knows what Scott is doing at Riau and Paskal), is actually making somewhat decent schedules. But they are still a pain.

Anyways, I don’t know what those two schools are going to do. I think a teacher was checked for a KITAS at Aloysius, but I’m not too sure.

TBI Riau is slowly correcting the book problem, so it’s not as hot an issue anymore. But it’s still something that is annoying. Even the SAs and front office people were embarrassed. 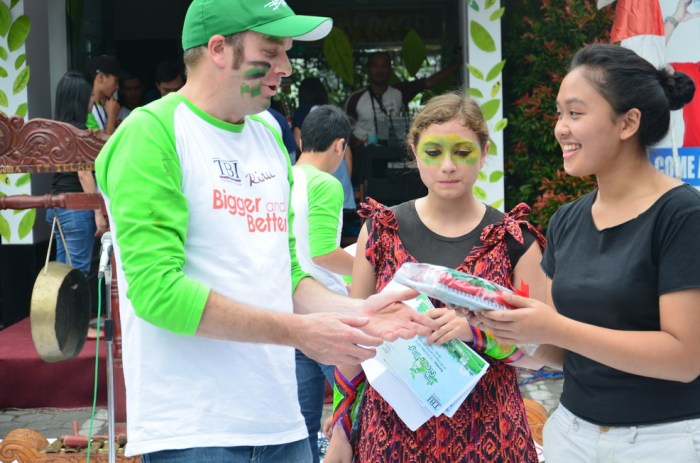 Scott Martin (in green) alienated everyone at TBI Riau