Do you have anything you add to the debate around TBI Bekasi Sun City?

Actually, there is one matter I would like to discuss. It relates to the student numbers. Between (*******) and (********) and I, along with the 4 Indonesian teachers- one of which was Binsar’s wife- we were teaching a large number of students. For about three months the Western staff had classes of 25-35 students squashed into small rooms. I remember for two months I had to do a morning class for a ‘private client’ who I have remained in contact with. That started at 9am everyday and then classes would continue in the afternoons. In those afternoon classes we were at our peak and during my time with TBI between 500-800 students would walk through our doors. Seven teachers doing 3-4 classes per day with around 25-35 students in each class ran simultaneously. At one point we had 4 classes for young learners (aged 6-11) going at the same time on the same day. This was followed by a large number of crowded teenager classes and then adult classes- in that order. Binsar’s claim that there were only 150 students is a lie. My whole time there we never had less that 300 on the register. I give you my word on that. After the Open Day we held, there were over 500 students.

Keep up these leaks S***. You guys are doing really great things here. Don’t be dismayed by the crappy comments from the TBI clowns. 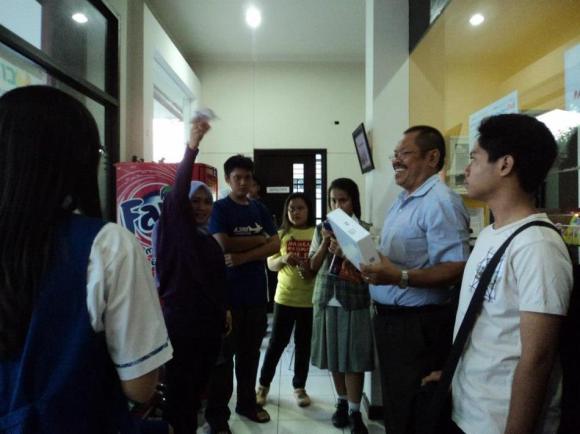